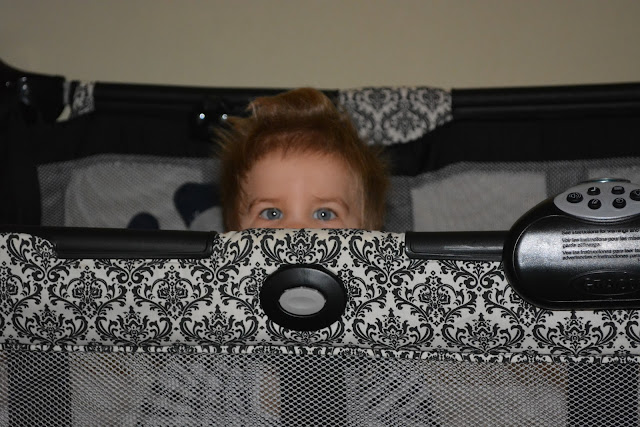 Today, upon arriving home, Paul told me he saw a boy riding his new tricycle. Only it wasn't just any boy. It was a 15-16 year old disabled boy. And it wasn't just any tricycle, but a special one big enough to carry such a boy. Even more special...his mama happily snapping pictures of him as he pedaled down the sidewalk for the first time.

We see them often. I'm sure just as many as before, only now, we notice them. We wave at them with big smiles of affirmation because their journey is different. These moms and dads had the expectations every parent has when they announced their pregnancy. They were just as excited as you were on the day of your baby's grand arrival.

But something goes wrong...something totally unexpected...something earth shattering. Their baby starved for oxygen that they just couldn't get. They struggled to take the breath that wasn't offered. They suffocated but remained alive. Intervention came...just too late. Too late to recover what was already lost.

Everything changes. All of the expectations of each awaited milestone fades away.

These months since his diagnosis have been challenging. I haven't met a day where I don't feel physical pain for Jude. Deep sorrow mounds up as I sit beside him during each therapy session while his better hand is being bound so that he will be forced to use the hand that doesn't work. He doesn't understand, spending more time fretting, trying to free the captive hand than attempting to use the one so severely impaired.


Equally as tough is witnessing so many children enter the therapy gym each day whose limbs are distorted and mangled, unable to even stand. To watch a child shed tears (who so closely resembles my 10 year old son) as he tries to stand but can't even straighten his stiffened feet, simply breaks my heart.

Then something special begins to happen. The relentless work and countless tears each child applies to attain the smallest achievement is met with such gratefulness. The 13 year old girl who learns to feed herself for the first time makes an imprint on my heart. The grandmother who faithfully brings her grandchild to every appointment tearfully buries her face into his as he embraces her after taking ten minutes to walk a few steps. Somehow, it strengthens me.

The nausea I have experienced during this current pregnancy never subsided, so I remain on anti-nausea meds that cause me to feel groggy. As I'm learning to lean on God's grace, I'm realizing that I don't have to hold to the same standard during this unchartered season. I'm also finding genuine Christ-like friendships in those who have never even walked this journey.

I have an enormous appreciation for those treasured mamas who don't require me to keep the same pace. They have become a sweet breath of fresh air. I appreciate others who support and encourage me unconditionally.

Paul doesn't mind that we order out most suppers. He doesn't mind that I crash with  exhaustion most evenings. He has a special grace when I feel I can't meet my family's needs like I did not so long ago. He joins me on grocery shopping trips and turns in early with me after the last child is laid down each night. Our once, relaxing summer vacations have slowly turned into sweet, short visits on the back porch. 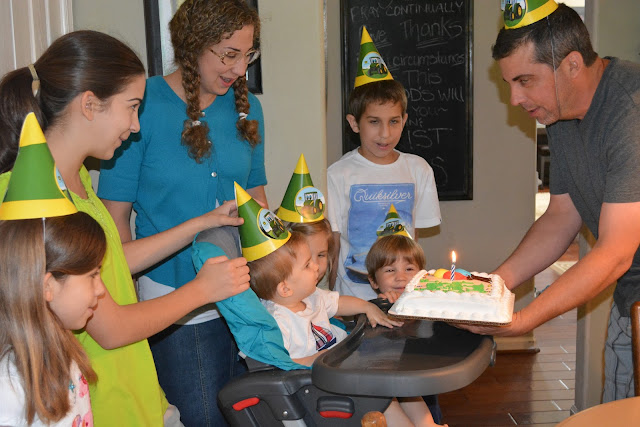 At 14 months old we've yet to lower his crib setting, but Jude is making his own progress. He pointed for the first time the other day. He waved good-bye. He hollered and batted with shear joy at the bubbles his sister blew for him. He signed milk. He grabbed his toes. He swatted at a moth while sitting in the grass. He shook off a June bug as it landed on his finger. All with his better hand, of course, but it made no difference. Each long awaited task causes us to stop and take in the moment. We all celebrate the achievement. We all celebrate for Jude.
The majestic smiles on his face show he's fully aware of his own accomplishments. I'm not sure what we thought we might be missing by raising a special needs child. Because it feels as though, for the first time, we aren't missing a thing.

I've never walked through a season so full of business. Having a young adult, teenager, tweenager, preteen, elementary, preschooler, toddler, and an upcoming newborn stretches me like never before. And yet, by God's divine and miraculous beauty, it's proving to be one of the most joyful seasons of my life!  ~Jen 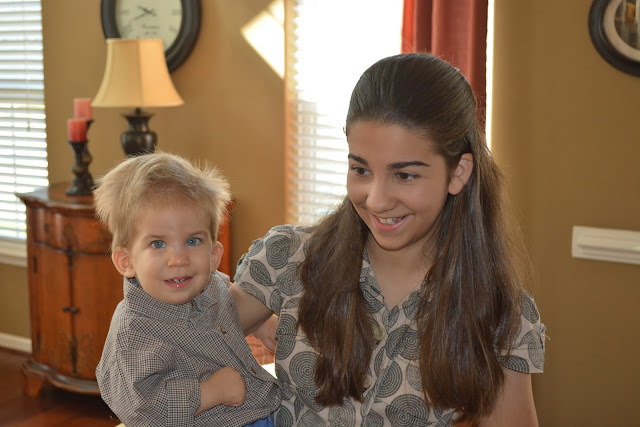