be still and know... 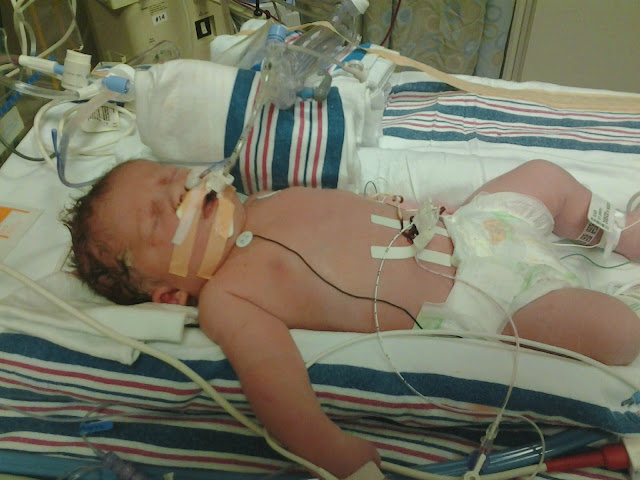 "Be still and know that I am God." Psalm 46:10
The Lord's presence was close. Paul and I arrived at the hospital around 6am and the teams got right to work. Some of our sweet friends had spent the night so our kiddos woke up to a happy breakfast and then met us at the hospital.
The c-section took a little longer than expected. My heart acted up during the operation earning me a special trip to a different recovery area and an EKG to boot but everything appears to be leveled out for now.
The OR was packed with doctors but relatively quiet. As Jude was born, the mood became intense. I felt speechless due to the physical issues I was working through. Paul was sitting above me with his hands placed on my head but through all that was transpiring, I realized he was struggling to hold back  a wave of emotions. It seemed like it took a long time to ventilate and prepare Jude. Though Paul met him prior to his NICU transport, I wasn't able to until 2am this morning and that proved tough for this eager mommy.
Paul spent the day making multiple trips back and forth to our apartment, visiting the NICU, and getting acquainted with our little man. He became everyone's chief correspondence resource. My day consisted of attempts to become comfortable since the surgery was a bit more involved than previously expected.
Now, most importantly, our little Jude...He is so incredibly beautiful, and oh, what a treasure! Though he's in critical condition, he appears to be comfortable each time we've visited him today. The doctors are looking to perform surgery next week to correct the diaphragmatic hernia.
There were a few surprises with his heart including a weak left ventricle causing some challenges with low blood pressure, and requiring a cardiology team to become involved. X-rays are showing some portion of a left lung which doctors are pleased to see. His levels are being balanced by a lot of juggling from a well experienced NICU team.

I wish I could be more specific about his current condition but it has taken me all day to get this far. With every sentence, I struggle to keep my eyes open. I'll try to update again as my thoughts become more clear. With about four hours of sleep in the past sixty hours, I'm finding delirium to be setting in. We sincerely appreciate each prayer being offered on behalf of our little boy. Thank you. ~Jen
Posted by Unknown at 4:19 PM